The return of Girl Reporter 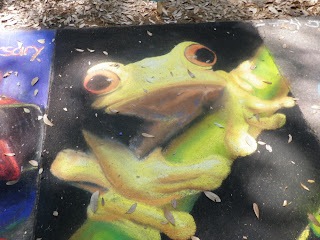 I used to be a newspaper reporter—that was over 11 years ago. I quit my job so I could move again with my ex-husband and I never worked again after that.
I was totally burned out on journalism and thought that I would never want to be in that field ever again. My daugher was born 9 months after I quit and I have been a stay-at-home mother ever since.
In college, I worked for the school paper and I referred to myself as “Girl Reporter” and the nickname just stuck.
﻿﻿ ﻿﻿
I originally called myself Girl Reporter as a joke when I turned in my stories at the newsroom. Most people did not take a young woman in college seriously, so I tried to not take myself seriously either.
As I moved on to the real workforce after I graduated, I soon realized that most people wouldn’t take me seriously as a woman or a reporter, so I continued to refer to myself as Girl Reporter. Everyone in the newsroom would laugh when I would walk in and say, “another day saved by Girl Reporter.” 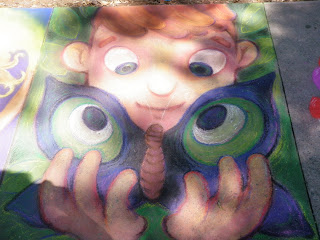 Today I went to interview some students at the annual SCAD Sidewalk Arts Festival for a project for one of my writing classes. As I walked down the sidewalk on Bull Street on my way to Forsyth Park, I thought to myself, “Girl Reporter on assignment in Savannah, Georgia.” I smiled to myself—the thought calmed my nerves and helped me to remember to not take myself so seriously. 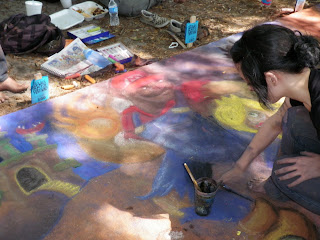 I soon found my zone as I walked down the sidewalk lined with chalk drawings. The artists were mostly barefoot with colored chalk smeared on their hands, knees, and faces. I spotted my first targets and walked up to them. “Would you guys mind answering a few questions for me?”
It was one of the easiest things I have done in a long time—no pressure, no nerves, no worries. By the end of the afternoon, I realized that I enjoyed being Girl Reporter again.
Perhaps I just needed a break from journalism. Or maybe I’m just becoming the girl I used to be—the girl who believed she could take on the world and win. 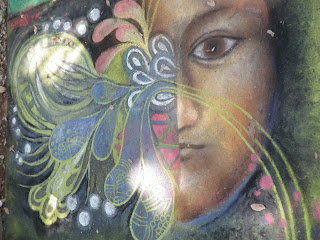 This may seem simple to you, but it’s huge to me. I am now forced to rethink what I want to do with my life once again. Perhaps there is still room for that young bright-eyed girl who believed she could change people with her stories.
Posted by Kim Wade at 9:27 PM