The truth is a beautiful thing 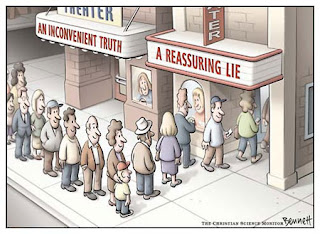 When I first learned the truth about my marriage several years ago, it took me over 6 months to begin to accept the truth. I was embarrassed that I was headed to divorce.
I was ashamed that my husband had been cheating on me. But most of all, I was humiliated by the notion that everyone knew about my ex's infidelity except for me.

I soon realized that the more open I became about my divorce, the more liberated I felt. After attending several S-Anon meetings, I learned that “we are only as sick as our secrets.” That phrase really struck a chord with me. In order to heal, I had to start being honest with myself and everyone around me.

Writing this blog and putting the truth out there for everyone to see has been one of the hardest things I have ever done. But it has freed me from the chains of secrecy and shame.

I used to have a lot of secrets and I was very sick because of those secrets. I felt tired all of the time and I eventually had to be treated for stomach ulcers. Now that I have been able to slowly shed myself of those secrets, I feel better than ever.

It has taken me over a year to get to the point where I don’t breakout in a full sweat when I want to be honest with someone. Now I find it hard to “fake it” and I find myself saying, “I’m not trying to hurt your feelings, but I have to be honest…”

I know I will have to continually remind myself that I am only as sick as my secrets. Coveting secrets and living in shame is a hard habit to break.

I thought the truth would set me free immediately—but I soon learned that these things take time. When I first learned about my ex’s secret life, I was devastated. I wished I had never found out the truth.

But here I sit—2 years, 10 months, and 14 days later and I can honestly say that the truth did set me free. The secrets that destroyed our marriage and the secrets that I chose to continue to carry with me made me sick—physically and mentally.

I have also discovered that this new-found honesty I display makes it impossible for my ex to control me. So now I know that I am free—free from control and free of fear. I am now free to live my life the way it was meant to be lived.