Sometimes a near death experience is what you need.

I noticed I’ve started quite a few of these blog posts with the same, “well, it’s been a while since I’ve written…” so I’ll skip that part this time and get to what’s on my mind.

It’s been a while for so many reasons. Robby was in the hospital sick for about 5 days. He had been sick off and on for a while. It wasn’t anything alarming, so we both just thought he would shake it off and start feeling better.

Turns out he had a strep infection in his blood and it almost killed him.

He called me at work on a Thursday morning, the day before Valentine’s Day, and said he needed me to come get him at work and take him to the clinic because he almost passed out at school. By the time I got there, the ambulance was on its way and his heart rate was dangerously high.

The rest is a blur of little scenes of the crowded emergency room, so hearing him scream when they had to shock his heart with the paddles to being stuck in the hospital with lists of tests but little answers.

Robby had never been to the hospital with me and I’ve never been with him, so this was all new. He was surprised how prepared I was for his stay, how I knew the right questions to ask and I was able to handle the nurses and doctors. I guess all my training with Veronica has made me a handy person to have in the hospital.

I also found a way to hit Walgreens at 9:30 p.m. to get Jude’s Valentines for school and make sure he showed up on Friday morning with everything for his friends and teachers. Veronica was no different, and I’m not sure how I managed. I have this ability to go into autopilot in bad situations and this time was no different.

I had help from a new and very dear friend, another friend I’ve inherited from Robby. And of course, Robby’s other friends showed up and checked in on him . Everyone called him and kept him company when I had to run an errand or go home to get a few hours of sleep and walk the dogs.

While I can’t speak for Robby and what he has to come to terms with from the entire ordeal, I can speak for myself and reflect on anther stressful moment in my life.

I am grateful to the friends I have in Savannah—they are just as good as family in so many ways and I don’t want anything I’m about to write to take away from that. Especially since the one family member I have in town that I needed the most to support us, spent the time being angry at me and refusing to call my phone to ask questions. 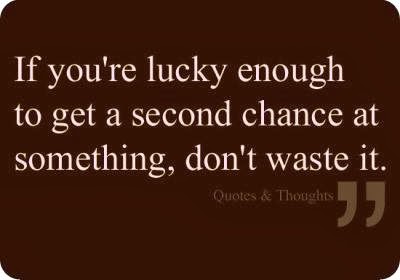 While that isn’t a surprise to most people, it really hurt me for some reason and it was days before I could shake my anger. I still haven’t talked to that person, and I’m not sure if I’ll feel like speaking to her for a while.

The feelings that come after I reach out to someone with love and they reach back with petty anger and meanness are feelings that bring up past hurt and sometimes I find it really hard to shake that hurt and anger.
I also realized that for the first time in a long time, I’m really homesick for my real family. Even though I haven’t said anything, I guess Robby was picking up on that feeling.

He surprised me for my birthday with a visit from my sister. I can’t express how much I needed to see her. For the first time since everything had happened with Robby, I finally allowed myself to cry and admit my loneliness.

I haven’t been able to go back to Texas for several years now and I miss it. My parents still live in my childhood home and I miss being in my old room and sharing it with my children. I miss hanging out with my brothers and my sister and playing games and staying up late.

The friends I have now are great and I love them, but it’s just not the same and sometimes I just miss that feeling.

I miss the food in Texas. I miss seeing my old friends. I miss little things.

Then I think back to what happened with Robby in the emergency room. When the doctors couldn’t get his heart rate to level out and the monitors were beeping loudly.  The doctor asked me to leave the room so they could shock him.

I walked out in to the crowded hallway that was lined with gurneys of sick people. I thought, “This is it—he’s going to die of a heart attack just like his father. This just can’t be the end of it.”

Later that night, I thought about what I would do if something did happen with him.

Would I continue to stay in Savannah? Would I move to N.C. to be closer to my sister and the family I have there? Would I move back to Texas? Would the kids be okay?

I have no idea what I would do, and I’m so grateful that I wasn’t faced with that decision. I’m not ready for this life to end—I don’t want to be in a world that doesn’t include Robby.

Life is full of uncertainties. Just when we feel like we have everything figured out, we get hit with something that makes us re-think everything we thought was solid. We have to question ourselves and our motives.

We have to look at what is really important and wonder what is lacking in our lives that makes us homesick or makes us feel unsettled or unfulfilled.

I have to try to understand why I always feel the need to move around and go from place to place and why it’s hard to for me to establish roots.

What keeps me from being settled and why does staying in one place for too long make me feel stuck?
And why is it wrong to feel that way? Maybe it’s not.