Sometimes you have no other choice than to move foward

There are somethings I forget people don’t know about me until we start talking. Like how I met my husband Robby online—something that usually draws a few laughs because the online dating world has changed a bit since the days I referred to my new boyfriend as Mr. EHarmony.


It’s been 7 years since I met my husband online. And while taking a second stab at marriage has turned out to be one of the best things I decided to do, each relationship always seems to provide its own set of issues.

We all know that no marriage or family is perfect, but we make other people think our lives are really better than they are, with staged pics on social media or the way we clean the hell out of the house before company arrives. I’m guilty of it even though I try to act like being human doesn’t bother me.


Being human sometimes can take its toll on the best of us. I’ve had many moments of being human from raising a special needs child who can’t go to the birthday parties with the bouncy houses and having to act like it’s fine because we “already had other really cool plans.” Or acting like I liked being alone on holidays or Valentines after I was divorced because I was “so much happier alone.” The time I had to go on government assistance so I could take care of my children after my divorce or trying to keep up with my richer friends in my old neighborhood and acting like I had other plans when I had to turn them down for vacation offers or weekends on the beach.


I hate for people to feel sorry for me. I hate that "pity" look you get or the way people try to “help you” by bringing over free food and clothes or offering to do something cheaper so you can join along. Over time, things like that usually mean less to you—if you’re lucky enough to learn that life is so much bigger than you and those little things don’t really matter.


And it’s the fact that I’ve always tried to avoid the pity that makes what I’m about to talk about so hard. But if I’ve learned anything through this blog, it’s that when I’m honest, I’m better and I always connect to someone else who understands how I feel. So hopefully I can do that with this.


But, during one of our many phone calls when we first connected online,  I told him about having a daughter who has a rare disease called Arthrogryposis and how she has bilateral clubfeet and joint contractures and it makes it hard for her to walk. He said, “I understand that. I also have a hard time walking.” And I stopped talking. I was not expecting that. See, when you do the online dating thing, you do that thing where you put your best face forward. It’s part of what make the stories of online dating so funny because we’ve all had that person we met who looked nothing like the photos that were posted or who really didn’t enjoy all the activities they listed on their profile.


So, I asked Robby what he meant, and he explained his kidney disease and the type of dialysis he did. After we got off the phone, I looked it up. I had never known anyone on dialysis. As far as I knew, it was a death sentence. I read for hours about what causes kidney disease—is it curable? Can you do dialysis forever? Does it get worse? Will you die soon?


And the big question I had to continue to ask myself as I got to know Robby better—is this something I want to take on in my life? After everything I had already been through in my life, did I really want to make a life with a person who was already on dialysis?


But as I got to know Robby and we began to fall in love, I made the decision that it was something I could take on. He takes care of himself and his medical needs and wouldn’t need to depend on me for that.  And he never has.

I had already learned that life was a gamble. There was so much about my ex that I didn’t know when I married him that came out later and ruined our relationship. With Robby, I knew right up front what to expect. There were no hidden surprises—and there are no guarantees in life. Life can change at the snap of a finger. You can avoid having a really loving relationship with a wonderful person because you’re scared his kidney disease is going to end his life super early or become this constant issue that makes your life really hard. Or you can do your research, learn the facts and move forward.


I had to make my decision before I let Robby meet the kids. I had to be really OK with the kidney disease. I knew that. I told a few people and their reactions were what I expected—Are you sure you want to bring that into your life? And I was surprised how OK I was with saying, “Yes. I am OK.”


Along the way, Robby’s kidney disease has really not been the big dramatic factor in our lives that I think most people think it would be. He has his dialysis handled and we live like a pretty normal, boring family. It does make it hard when we want to travel, and Robby can’t travel overnight on his own. But we don’t have many opportunities to travel any way.


There are days when he has no energy and just sleeps and there are times when he gets really frustrated with the whole thing. And sometimes it wears on me as well. Some days he cries. Some days I cry.


Which is why Robby has decided to make the move to get a kidney transplant. Here is his announcement: https://theafternoontide.blogspot.com/2018/03/help-robby-richardson-catch-kidney.html?spref=fb

Right now, he is hoping for a live transplant but he’s keeping his option open and just seeing where this whole process takes us.


And while many people keep saying, “Oh that’s great. Congratulations!” It’s not really a “great” thing and it’s hard to explain that to people. It reminds me of when Veronica would have surgery and people would say, “That’s great—so now her foot will be normal?” It’s like some people believe surgery can fix everything and make you “normal.” There are some diseases that will just keep you from ever being "normal" or living a pain free life.


And Robby has had a hard time dealing with the whole thing because it means he has to depend on another person to have surgery and give up one of their organs to help him. That can really mess with your mind. I know there are times when he feels like maybe it’s just too much to ask and he should just keep with the dialysis and see how long he can live.


We are trying to figure out how in the world we are going to pay for all of these trips to and from the hospital. How much work can we afford to miss? What happens when our insurance quits paying for the anti-rejection meds after 5 years? Who is going to help us with the kids? What happens if the transplant is rejected?


But, we are reasonable people and we know that things will work out the way they are supposed to work out and hopefully this time next year, all of these questions will be past memories and new chapter of our lives will be in full swing. 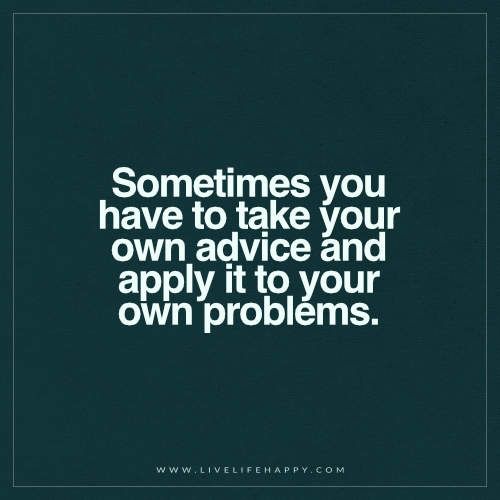 Sometimes when I’m having trouble figuring out things, I try to imagine that I am someone else and I try to think about the advice I would give that person. If we were someone else, I would say, “You have to go for it. All of those other things will fall into place. But you can’t live forever on dialysis and if you wait too long, you won’t even be eligible for a transplant.”


So, here’s to taking risks, moving forward and letting people help us. And if you end up feeling sorry for us, that’s OK.  Being human can make you do that, too.
Posted by A New Life Worth Living at 10:47 AM