For some people, scratching the surface in a confession is truly an art form. They know how to admit just enough that you believe they are telling the entire story. I mean you have to, right? If they admit to something you never thought they’d admit to, then they must be telling the full story.


Until you see someone repeatedly “scratch the surface” in a confession, you probably don’t even realize that’s what he is doing.


I just finished the four-part documentary, “Lorena.” It’s about the saga many of us watched unfold on television between John and Lorena Bobbitt. She became famous for cutting off his penis and he became famous for something I’m still not sure of. Their story really should have centered on violence against women, but it turned into something else—something really sad and hopefully something that will start a bigger conversation on violence against women.

One of the state prosecutors interviewed in the doc says she remembers when John was arrested (again) for domestic violence against a woman in Virginia and how the prosecutor went back to look at what he had told police. The reason she gave was that she had learned that men who are serial abusers have a history of giving confessions that only scratch the surface of what really took place. They admit to possibly hitting the woman rather than denying the entire event completely. It’s a tactic used to get people to think, ‘well he must be telling the truth.’ It’s also a great tactic to give the man sympathy and to find a way to turn the investigation back on the woman to make her look like she is exaggerating or somehow deserved a good ole slap in the face--an of course to believe him when he says he'll never do it again.


And this tactic isn’t just used by serial abusers, it’s used by others in in our lives who are manipulative, mentally abusive, sociopaths, and narcissistic. I’ve seen it. It took me a long time to understand that my ex used this tactic. He would get caught doing something big. He would act so sad about being caught and then say, “I’m just going to tell you everything.”


And when you’ve been kept in the dark for so long and all you want is the other person to just open-up and talk to you, you’re willing to accept any morsel of what may seem like the truthful statement you have been dying to hear for years.


The confessions would be explosive—things I’d never heard before. And it would be so explosive that I would quickly assume it had to be whole the story—I mean, how could there be more? Over the years, I would slowly begin to realize, he was just scratching the surface. There was a whole other story going on. I was getting just a crumb of what would turn out to be an entire cookie and that cookie was just a part of an entire package of secrets, lies, deception, and a really tragic backstory that led this person to become this way. 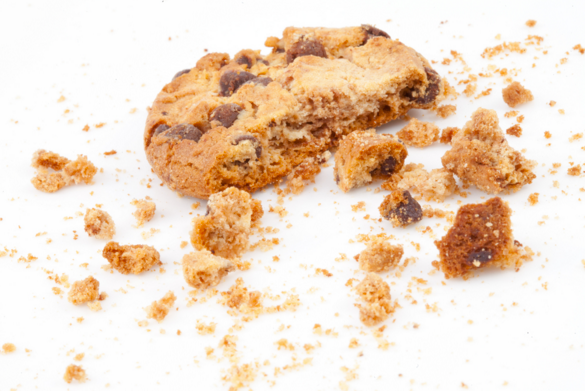 And when you see that entire package for the first time, you realize why you were OK with the crumbs you got from scratching the surface—the truth can be almost paralyzing. It can be heartbreaking and mind-numbing. I think it’s just human nature to put up a wall that keeps you from “really” wanting to know the entire truth—like you just don’t believe you can really handle the truth and you know your life will change forever once that entire package is revealed.


But the truth will also set you free in the end. It’s a process for sure, but if you never allow yourself to really know the truth, how will you ever really know what you are truly made of and what your life is meant to be. How can you live your truth if you don’t know the truth?


And the next time someone abusive in your life tries to just “scratch the surface” to turn the blame back on you, just remember there was once this woman who had been repeatedly traumatized by a man to the point she took something very important to him and threw it in a field on the side of the road—and he still had the nerve to try to make her look like the crazy one…. And people believed him.


As Lil Wayne would say, “now, where’s the uproar?”


Sometimes you have to get really mad to see the crumbs of truth are just a part of that bigger cookie sitting in that bag. It’s up to you as to what you do with that anger—but I would suggest shining a light on what’s truly the rest of the story. Own it, tell it, and live your truth now matter if anyone believes you or not. Because somewhere out there, someone else knows you are telling the truth because she has lived through the same crap and she's smart enough to know the difference between crumbs and a whole damn pack of cookies.
Posted by A New Life Worth Living at 1:11 PM