Those of you who know me know that I love the Foo Fighters. Despite the hundreds of songs I have stored on my iPod, I tend to listen to a random shuffle of the six Foo Fighters' albums I have on my playlist. This morning, I went to the gym to do my morning run on the treadmill. I don’t exercise for fitness or weight loss—I run for my sanity. So, this morning I had to crank up the speed to run off the stress that lingered from the holidays and starting a new quarter at SCAD.
Wasting Light is the last album the Foo Fighters put out. It has been nominated for several Grammys including their nod for album of the year. In my opinion, it’s the best album they have ever made.

I'm learning to walk again
I believe I've waited long enough
Where do I begin?
I'm learning to talk again
Can't you see I've waited long enough?
Where do I begin?
Several days ago I realized when I sat down to think about my New Year’s resolutions that something was very different about me this year. I couldn’t figure out what it was though. Then it hit me yesterday when I was walking onto campus to start my fourth quarter at SCAD—I don’t want to quit anymore. I’m excited to be alive—I’m excited to be living.
It may be hard to believe that behind this tough exterior is a very tired person. I’m tired of fighting and struggling to make ends meet. I’m tired of trying to balance my duties of mom with full-time student. I’m tired of looking at an empty bank account.
I’ve never considered suicide, but there have been days when I wished someone would come to my house and pick up my children and take them away for a while so I could hide from the world under my blankets. This thought has always bothered me because I love my children dearly and I hate the idea of being separated from them. 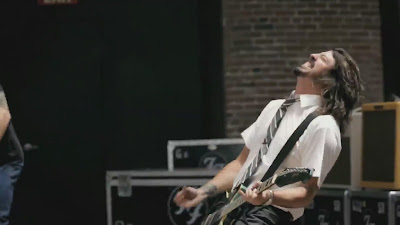