I thought I forgot about you...

Life has a weird way of bringing people into your life that you “think” you have forgotten about. The truth is, of course, you never forgot about them, you were just lucky enough not to have to think about them for a while.


Before Robby and I got married, we made the decision that the children and I would leave our long-time home and move in with Robby in Savannah. They would leave the only school they had ever known and make new friends in a new school system.


The children also lucked out because they ended up with an extra 3 weeks of summer break due to the move. But with all the excitement of a move, a wedding, and life, I had failed to withdraw them from their old school yet.


Last week I was driving Jude home from karate class. My cell phone rang and I let it go to voice mail. When I listened to the message, I began to laugh out loud. “What’s so funny Mom?” Jude asked from the backseat of the car.


The message was from one of Veronica’s former teachers—she was calling to inform me that she would be Jude’s teacher this year. I had forgotten about her—or at least I thought I had. But as soon as I heard that name and that raspy voice, I knew exactly who she was. I replied to Jude, “You better thank Robby when you get home.”


Jude was confused until I said, “That was Mrs. H (I will keep her name private). She was going to be your teacher this year if we had not moved.”

Jude was horrified. He remembered that name very well. Mrs. H had tormented Veronica to the point that I almost pulled Veronica out of 3rd grade. And the ironic part was that Mrs. H was a resource teacher who was supposed to be “helping” Veronica raise her grades and catch up before state testing began.


Third grade was a lousy year for Veronica. I was getting divorced and my soon to be ex-husband had just suffered a partial amputation of his leg and was in the hospital in Texas. And to top things off, the cast of “Mean Girls” had apparently set up shop in Veronica’s homeroom. She was a very sad little girl and she hated going to school. She had constant dark circles under her eyes, she rarely smiled, and she never ate.


She was so depressed that her mind began to not work correctly. She couldn’t comprehend short stories she read and she couldn’t even add simple numbers together. I began sending Veronica to family counseling and her homeroom teacher began to send her to Mrs. H’s classroom for extra help.


I went to eat lunch with Veronica at school one day. I gave her money to buy an ice-cream and she had just pulled off the wrapper when she saw another classmate come into the lunchroom to fetch her for Mrs. H. A look of terror swept over Veronica’s face and she stood up and threw her uneaten ice-cream in the trash and said, “I gotta go.”


“Wait a minute,” I said. “You still have over 5 minutes of lunch time left.” She hurried to the door and said, “I have to go or Mrs. H will scream at me.”


I walked Veronica down to Mrs. H’s room and then walked across the hall to Veronica’s homeroom. “Why is Veronica not getting her full lunch?” I asked her teacher.

She looked uncomfortable. “Well, Mrs. H needs all the children in her room at the same time and some children have already had lunch.”


I told her I didn’t care. “Veronica gets her full lunch from now on or I’m going to the principal next time. Got it?”


The teacher looked scared. But I knew she wasn’t scared of me. I began to realize everyone was scared of Mrs. H.


Veronica’s teacher did fix the situation with lunch by sending her to the lunchroom 5 minutes early. I didn’t complain because I got what I asked for and I thought that would be the end of the situation.


Several weeks later, I was trying to help Veronica with her math homework. “Veronica, you got every single one of these problems wrong.” I wasn’t angry, I was worried.


I almost broke my front tooth from clenching my jaw so tightly. “She said what?” 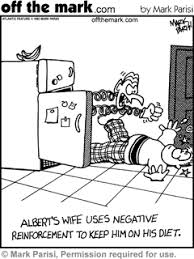 Then it all came out. Veronica began to tell me everything from how Mrs. H screams at them to how she yells, “None of you will ever pass anything! You are horrible students!”


I put Veronica’s homework in her backpack and told her, “You don’t have to worry about that woman ever again. I’ll take care of this.”


Veronica cried off and on for the rest of the night. I was so angry with this woman. Here I was trying to do everything I could to restore my daughter’s self-esteem and sense of self-worth and this stranger was tearing down everything I had built up.


I sent a note with Veronica the next morning and told her teacher that under no circumstances was Veronica to go to Mrs. H’s classroom. My phone rang about an hour after school started.


“Hey, is this Veronica’s mom?” said a gravelly voice.


“Why, yes it is,” she said with a laugh. “I think we have a misunderstanding.” She was laying on the sweet pretty thick. 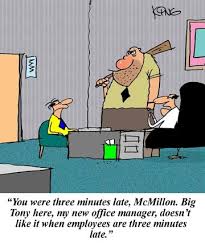 “No we don’t,” I said. “Veronica told me everything. I will be at the school at lunch to take care of this, so I suggest you get your story straight before I get there.”


Later that day, I met Mrs. H. She looked the way I expected—she had those crazy bitch eyes that she tried to hide behind her fake smile. She informed me that her method of teaching was very successful and that children do better when they think they are going to fail.


“That’s the biggest bunch of crap I ever heard,” I laughed. I told her that she better treat my little girl like a princess and do something to turn her self-esteem around or I would make sure the school board knows she’s the kind of teacher who picks on disabled children. I pulled every card I had and I didn’t stop until I saw that woman cry. Then I went across the hall and I got Veronica and brought her into the room. I made her apologize to Veronica and explain to her that the state tests have no bearing on her ability to pass 3rd grade. I made her tell her she was wrong to treat her that way.


Veronica looked up at Mrs. H’s teary face and said, “It’s okay. I forgive you.”

It worked. She began to treat Veronica the way you are supposed to treat a child. She praised her hard work. If she asked if anyone needed more time to finish a test, and Veronica raised her hand then she would say, “Take as long as you need, honey.”


Veronica’s self-esteem began to blossom again. Her grades went up and she not only passed her state test, but she blew them out of the water. And most importantly, I got my little girl back. I got to see that smile again. I was able to see those beautiful brown eyes again and they weren’t clouded with tears or sadness anymore.


But the name Mrs. H still evokes fear in Veronica. When I told her that Mrs. H would have been Jude’s teacher, she almost cried. She hugged Robby and said, “Thanks for moving us to Savannah.” I guess it was just meant to be.
Posted by Kim Wade at 9:41 AM