Ok, so the blog is back. What happened? Let me try to quickly catch you up on my life--and then we can get to business.


The last time I wrote, I had lost my job. I spent the next almost year and half working from home writing. I did everything from news writing, to business writing, script writing and book editing—and somehow I paid the bills and survived. I got a full-time job at a television station as a digital producer and I still carry a pretty heavy load of freelance work--so basically, I spend everyday writing and getting paid for it which is pretty incredible in my book—especially when I look at how many people I went to grad school with who also have an MFA in Writing and work other jobs.


During my unemployment, I was pretty depressed. I spent a lot of time alone. I wished I would have continued my blog, but it was just too much stress. My blog had been used against me in court and the it seemed when I stopped writing, things would remain quiet. So, I decided to just put it on the back burner for a while, work on other projects and live my life.
It’s funny now that I look back on it. I went through the blog and unpublished the posts that seemed to make someone so mad—the ones that he brought to court in a binder. I read through those posts and realized that weren’t really that explosive. The whole thing seems silly now.
When I started this blog several years ago, the point was to tell my story. It was never to embarrass anyone or get some sort of revenge. It was to try to heal my heart—to try to be at peace in my life. I didn’t use names, I didn’t post photos. I didn’t do screen shots or anything else. I just wrote from my heart.


And I wrote my story. The story that belongs to me. The story I get to tell because of the things that happened to me—whether it was during my childhood or my troubled marriage or being a single mom—it was my story to tell.
So, as I continue to try to heal and make my life better, I am going to continue my blog because it helped me and because I had so many people reach out to me and thank me for writing it—and thank me for being honest.


It’s weird now that we live in this world where if you don’t like what is being reported in the news, you can just say “fake news” --and some people will believe you. You don’t like what people write about? Just accuse them of trying to destroy you… Sound familiar?

It’s a tool that sociopaths use and for the most part, it usually gets them what they want. And in my experience, when you have to deal with sociopaths, it’s best to not engage at all.


I realized during my last go-around with the ex that what I was doing wasn’t working—because when you have to deal with people like that, nothing works. So, I stopped. I stopped everything. I stopped the blog, I stopped fighting, I stopped worrying. I stopped talking about it. I was done. I decided I wouldn’t spend another dime on fighting. I wouldn’t spend any more of my own energy on it. Someone else could figure it out because I was done trying to make things better and I couldn’t pretend I didn’t care. I focused on healing and living the next chapter of our lives.


My dad has a saying, “Hurt people, hurt people.”


It’s a simple phrase but very powerful. The pain the kids and I were being put through was being done by a very hurt person. And there was nothing I could say or do that would make that stop. Hurt people can’t help but to hurt others. All we can do is live our lives and hope that person finds a way to not be so hurt. 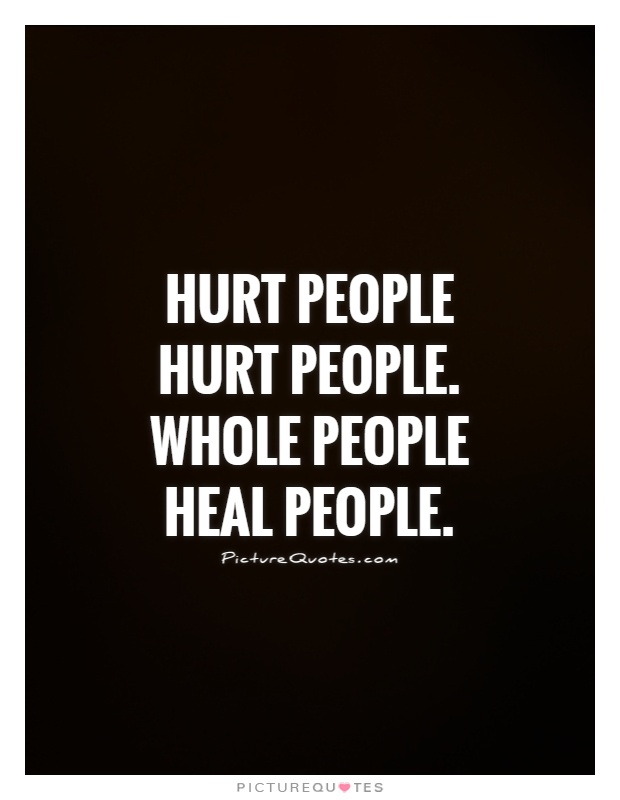 Sometimes you think you have learned a lesson or something about yourself--and then once you make that connection, you somehow won’t continue to make that same mistake again, right?   When I started healing myself years ago, I realized that I try to control everything in my life. It’s something that happens when you are wounded as a child—it makes you vulnerable to spend your life with addicts.


But I can’t control everything and I can’t “unhurt” people around me. I can’t make their pain better. They must do that themselves. All I can do, is protect myself, protect my children.


And I have to remember that if someone is hurting us, it’s because they are hurt and so long as they are hurt, they will never stop hurting us. And it’s best to just stop before you start hurting yourself.
Posted by A New Life Worth Living at 11:23 AM