Some days I wished I had taken a different route in college and became something else. Like on the days when I am having problems with Veronica’s leg braces and I wish I had gone to prosthetics school so I could help her myself. Or the days when the children are sick and I wish I was a nurse so I didn’t have to pull them out of bed and take them to a doctor’s office.

Then there are days like today when I wish I had gone to law school. I was always very interested in mass communications law and theories and I had strongly considered going to law school after undergrad. But I didn’t and now I need some serious legal advice.


I knew this day would come. My ex-husband moved to town. He has been pleasant, but not much else has changed. He continues to push the fact that he does not have overnight visitation with the children. He believes it is my fault and he is threatening me with the usual, “I will drag you into court and make you pay for this.” Same song, different day…


But it’s not my fault. His lack of visitation is due to the fact that he never took care of his business. If he had followed through on his court ordered evaluation with the family psychologist, then he would have had normal visitation with the children over 2 years ago and this wouldn’t be an issue. Instead he decided to do things his own way and do what he wanted to do. After all, his favorite catch phrase is “rules are for chumps.” 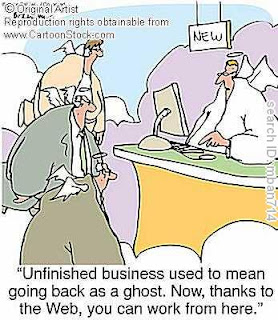 When my ex-husband and I separated back in 2009, I had some very damaging proof against him that he didn’t want released in court. It gave me the upper hand, and I needed the upper hand. He had done things to put the children and me in serious danger, and I couldn’t allow him to be alone with them until he proved that he had undergone serious psychological treatment.


For those of you who have been divorced and through a custody battle, you know that most judges could care less about “accusations” made against the mother and father. They tend to just split custody and force the parents to share the children. The children have no one to advocate for them and life goes on…


My upper hand gave me the chance to say, “Hey, I have serious reasons to keep the children protected.” And by some miracle, people listened to me. Well, they listened a little bit. But it was enough for me to protect the children and buy some time until they were old enough to protect themselves.


Now, if someone had told me that I had to do X, Y, and Z in order to have my children, I would have done it immediately. But not my ex-husband. In his first chance, he did X for a little bit. But since he feels rules are for chumps, he thought he would take me on in our final court hearing and win. But I agreed with the court to give him a second chance. So, he was given a second chance to do X, Y, and Z. He did X and Y. But he never did Z. I mean why should he? Rules don’t apply to him. After all, he just assumed he would take care of Z later and everyone would be fine with that. I mean, why not? He has always been able to do whatever he wants, and he lives under the notion that if you let enough time pass, people will forget about Z and all will be forgiven.  I would that he is usually right about that, too.


So, now I am remarried and happy. Life has gone on for me. Enough time has passed that I have lost steam when it comes to court battles and I just want this to be over with. But I’ll be damned if Z is going to be swept under the rug because I’m too tired to fight.


The notion of Z rears its ugly head about every 6 months when my ex-husband casually mentions that he is taking Jude on a camping trip or that he is taking the children to spend the night at the beach and I have to say, “Sorry, you can’t do that until you take care of your business.”


Then my ex-husband uses it as a threat to me with the words, “Fine, I will take care of it and then you can’t tell me what to do ever again!” But what he doesn’t understand is that I don’t care if he takes care of Z. Taking care of his business would be best for everyone. I wished he would have almost 2 years ago. But he didn’t and now it is my responsibility to decided when and where he can see the children. It’s a horrible burden on me.

But, I followed the rules. I completed X, Y, and Z several times even though I didn’t need to.  I was questioned and humiliated. I have been told that “I just need to let things go” and “quit being angry with the fact that my husband cheated on me.” I have been made to look like the perpetrator instead of the victim. And I swear to God that if it hadn’t been for other women like me, I would feel crazy.


So it begins again—calls to attorneys, scrambling to find out my rights, and nightmares and panic attacks. But, I’ll be damned if I let everyone forget about Z. It’s still there and it needs to be addressed—Z came about for a very important reason. This is a battle worth fighting for. So, get ready—I plan to not only follow the rules, but I’m going to enforce them as long as I can.  I will never be too tired to make sure Z is resolved.
Posted by Kim Wade at 1:28 PM